This outfit was slightly more appropriate for a hot summer weekend in Paris than the previous Steampunk one, but both were quite playful and a take on some common goth styles.

This one is more military inspired, and I used to wear similar things when I partied in Germany or France, probably dancing to the rhythm of Military Fashion Show by And One.

I can see a dystopian narrative going on here in this park, with the awesome industrial looking heels of these New Rock stilettos, the Marlene dress by Hell Bunny (discontinued), the arm warmers by Tripp Nyc and the British Army cap that I bought in France years ago. 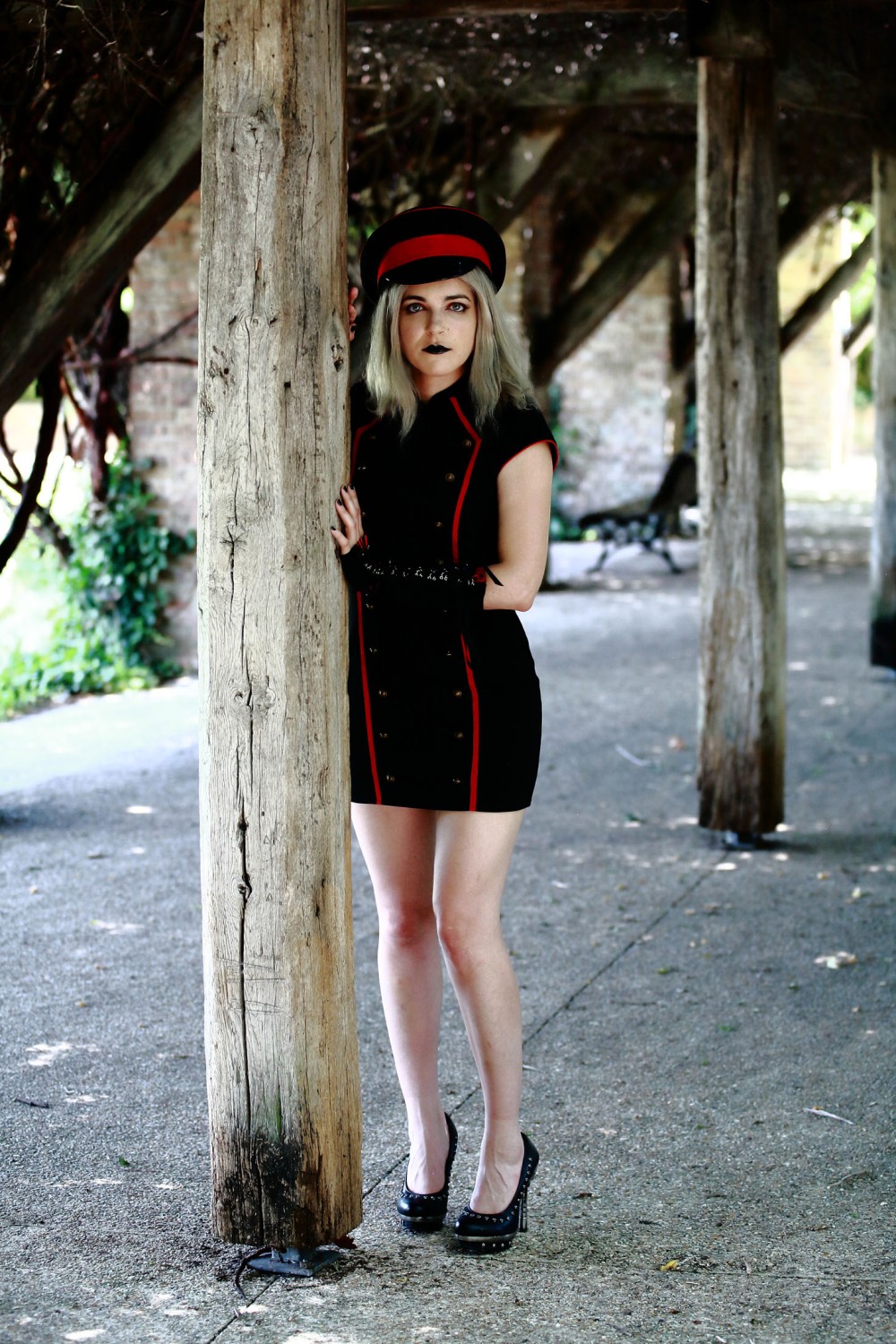 😊 lock it foundation by @katvondbeauty