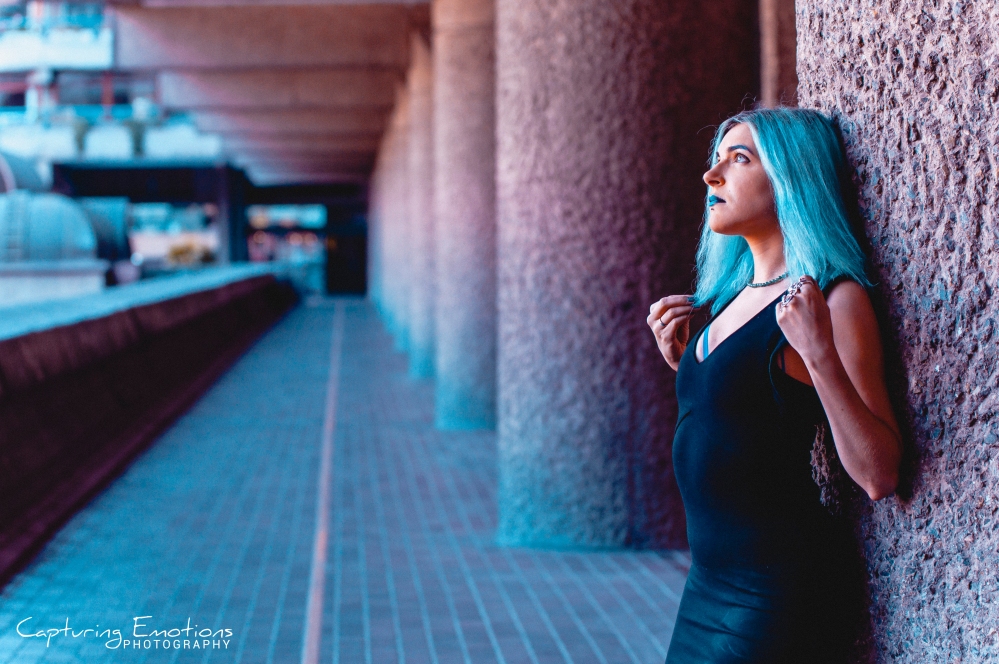 Brutalist maze under a blue haze

I promised more pictures from the Barbican photoshoot with capturingemotions.co.uk  in the previous article, Outpost, and here they are! 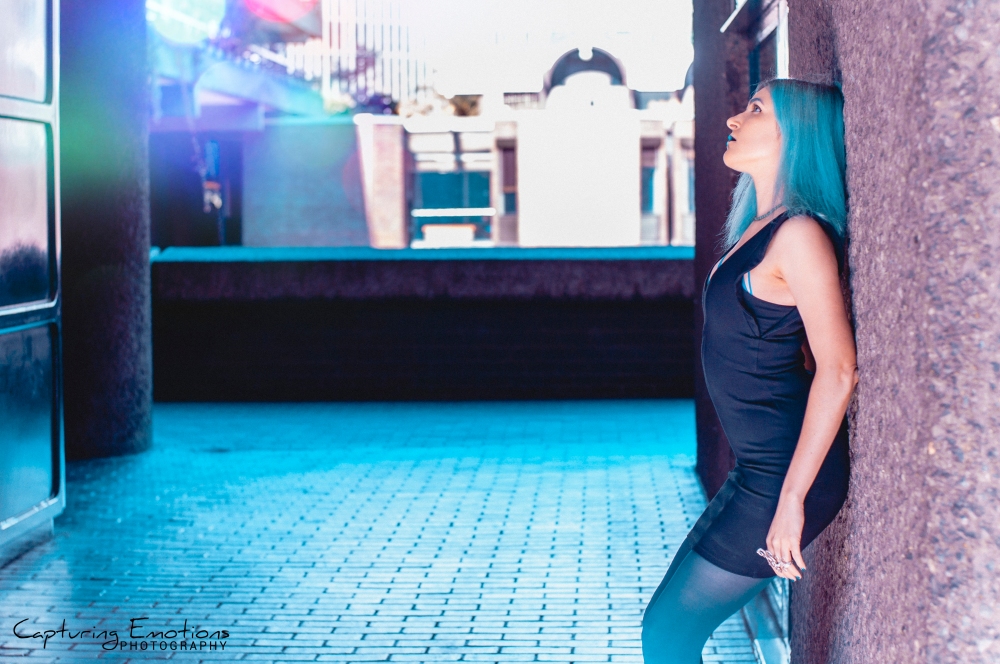 A concrete opening for a cobalt opera

Brutalism is an architectural style that started in the 1950s. Often massive, with concrete blocks prone to urban decay and fortress-like features, brutalist buildings were often described as cold and even monstrous. I’d like to disagree when it comes to the Barbican. This architecture might have been created as a reaction to earlier, more ornate styles, but more importantly, they were often made with socially progressive intentions in mind.

While my own architectural preferences tend to lean towards the gothic, Victorian gothic and Gaudí’s modernismo, I came to deeply appreciate different styles, and I like brutalism’s play with structures and elements when it’s well done. Maybe doing a bit of Parkour and urban exploring let me have a different vision of a city, as some elements start to become more familiar, fun obstacles to play with and less of a fortress wall. (I might write an article about it on my writing blog or Medium later…) 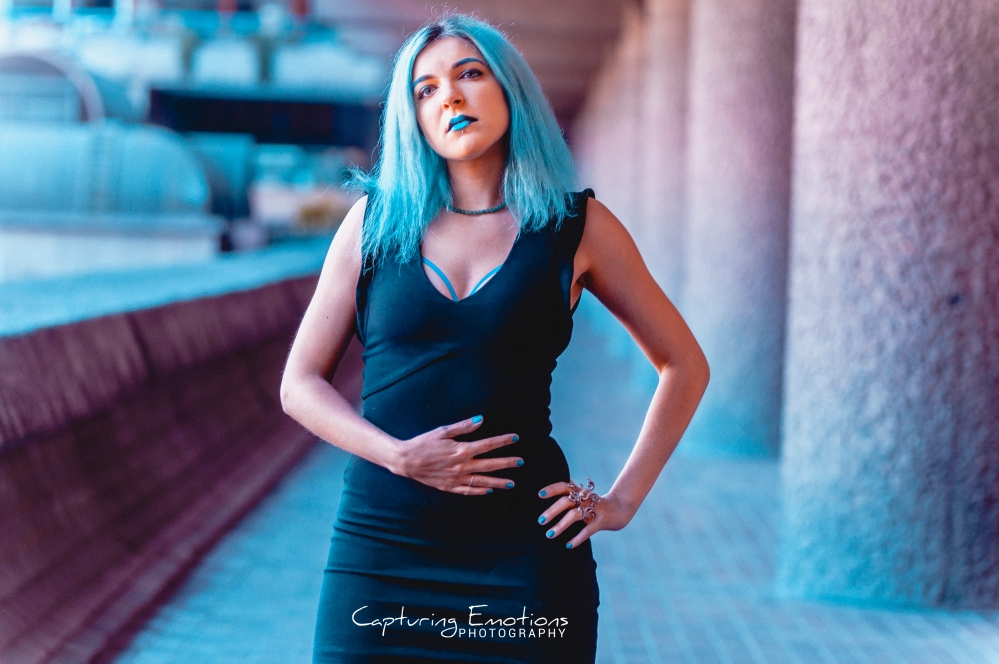 Now the Barbican is one of my favourite places in London. I have to admit it’s pretty much like a maze, but as hinted in the previous (out)post, I like these different paths you can take and all the different perspectives open to you. 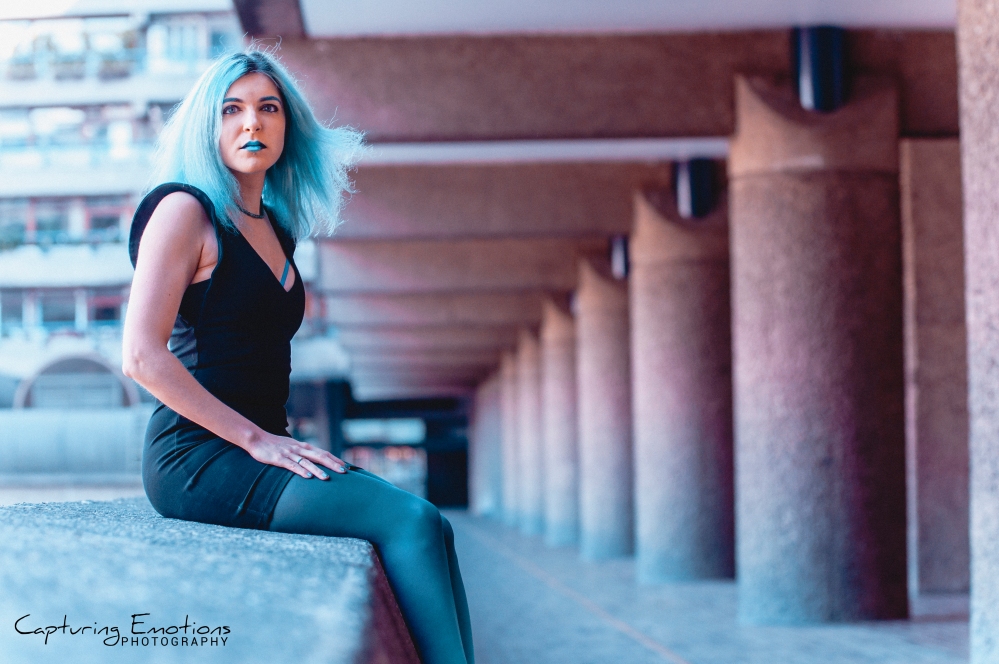 Turquoise noise in the outdoor corridor

As you can see in the pictures, some areas had a very strong wind, some were drenched by the sun and it was a very playful session. I think Olaf from capturingemotions.co.uk had a lot of fun taking the pictures here as well. 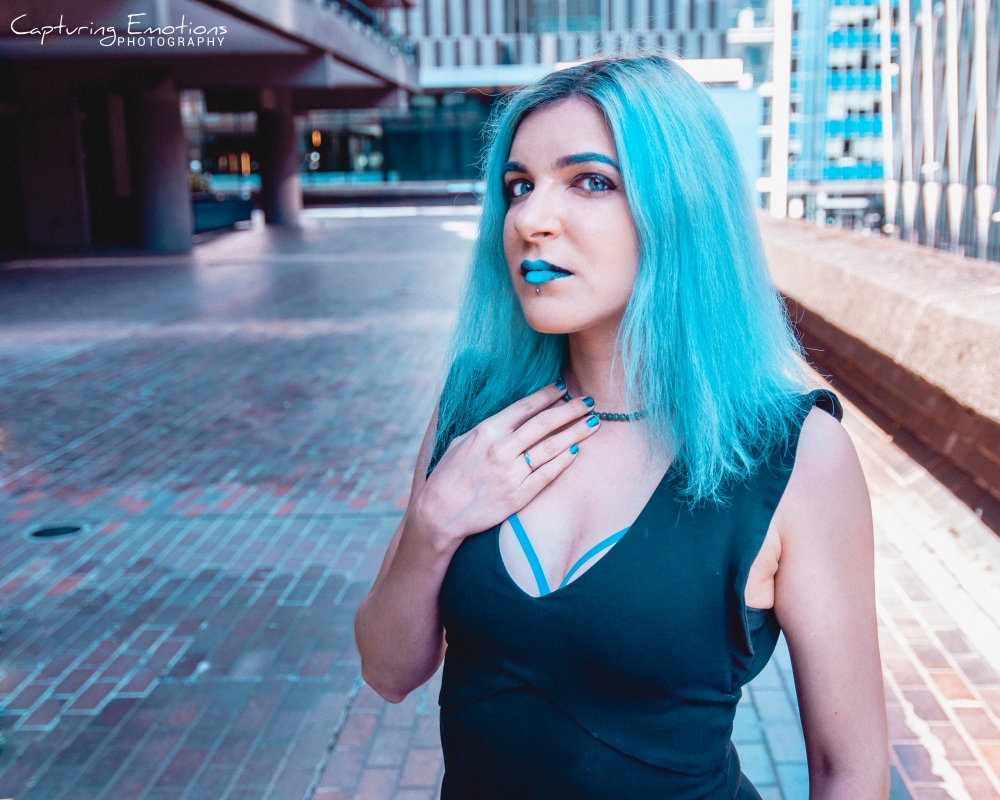 Opinions on styles are subjective, and until very recently, cherished buildings like St Pancras station were threatened by demolition, mostly for being too kitschily Victorian. Thanks to contemporary techniques and materials which, granted, might not have been available at the time, the interior of the station is now well remade and the exterior displays all its beauty.

And while brutalist buildings were criticised as well, they are now more and more appreciated as lists and books about them started flooding a few years ago. You can see on Google n-grams that the popularity of the words “Brutalist architecture” keeps on growing even if the style isn’t being so used anymore. 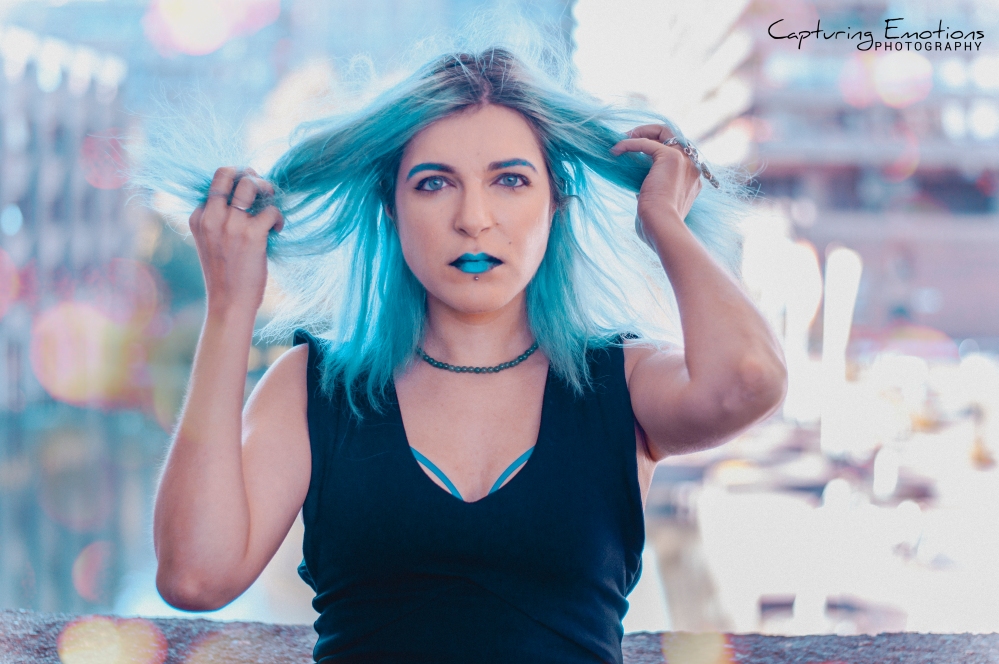 A flare for azure air

🧦 The ombré turquoise tights are by @virivee

💄 Everlasting liquid lipstick in Witches and Dreamer by @katvondbeauty

😊 Lock it foundation, concealer and setting powder by @katvondbeauty