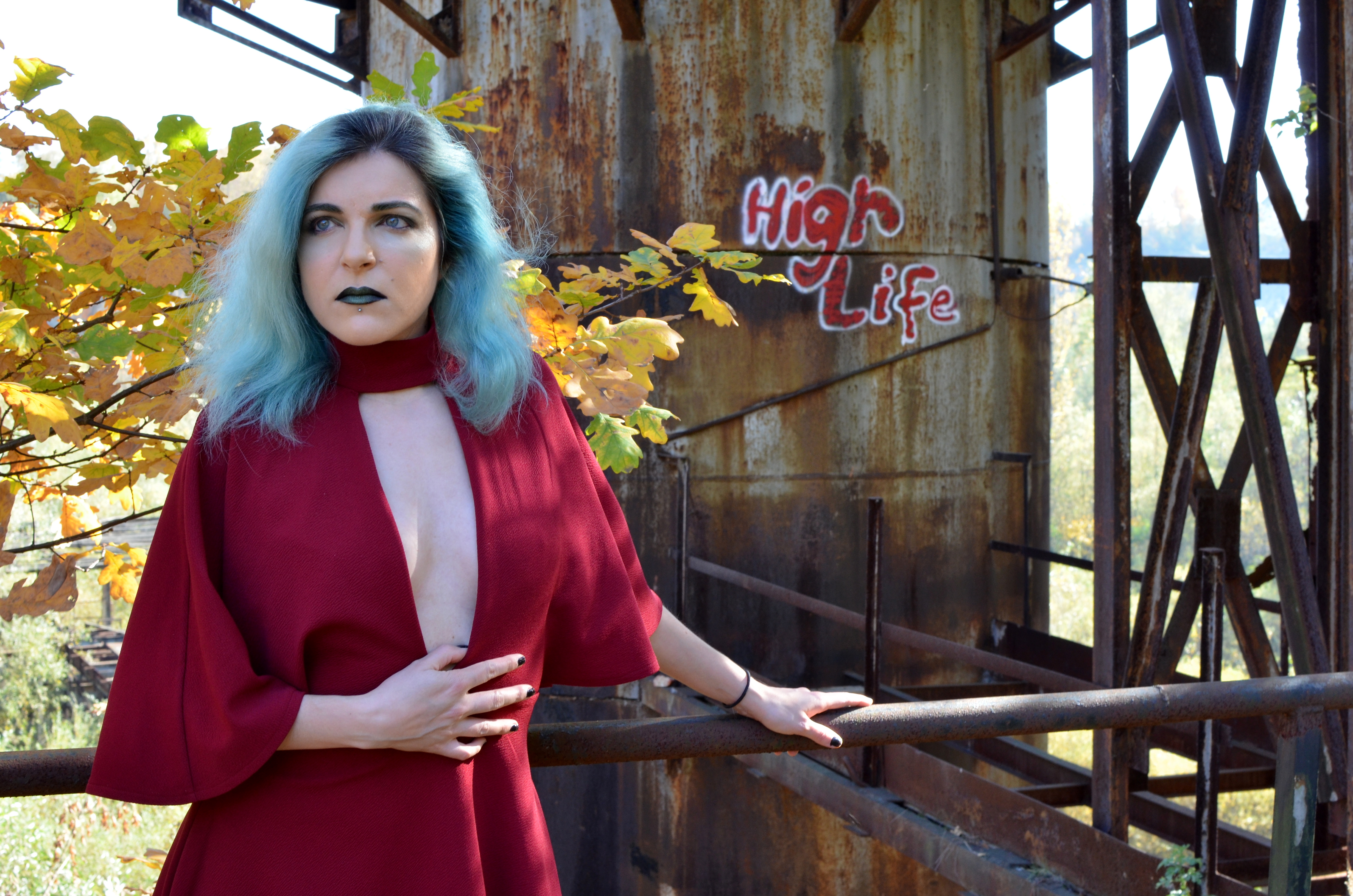 This October, I was in Poland for some conferences including 4Developers in Kraków.

There, I had the pleasure to catch up with friends old and new.

Maciej Żywioł, who photographed me in Canary Wharf for some previous articles (The Muse of Dreams,  Chaos Theory and Metamorphosis), photographed me again but this time in his amazing city, Kraków.

We went to a remnant of Kraków’s industrial past, an abandoned quarry with rusty stone processing facilities I believe are all from around the 1970s. I won’t tell where this place is, but if you know it, you might have heard a few dark things about its history, a few of them stemming from the fact that it was used in a movie about WWII from the 1990s. The crew didn’t remove all the modern props, which I don’t think appear on the pictures. As I say, to the best of my knowledge the buildings I’m standing on are quite recent and it seems that this place is being reclaimed by Kraków people for exploring or graffiti, and I heard about a project to convert the whole area into some sort of swimming pool.

Kraków is one of the most polluted cities in Europe and this October weekend was so incredibly warm (22 degrees Celsius), the environment issues were very present in my mind, also reminding me about a project I want to work on, a dystopian story set in an eternal autumn.

That said it was really enjoyable at that time and so the cognitive dissonance between all these conflicting thoughts (the past and the present ruins of this place, an enjoyable present weather endangering our future…) was quite something…

We met a few people exploring as well and/or thinking about new graffitis.

The metal structures were quite corrugated but bouldering, parkour and urbex good practices gave me some mental and practical tools to assess risks and go on these structures, so be careful if you feel like exploring similar areas yourself.

Even if I’m wearing stilettos in some pictures, it was only when I was confident enough to pose in them, as most of the time I was wearing my trainers (I should actually wear them for a future photo session).

I was really happy to be able to explore again and Maciej captured really well the feel of this autumnal, oxidized afternoon.

The title of this article, This Corrosion, refers to the physical corrosion of the structures on the pictures as well as the cognitive dissonance between the heart-warmingly nice autumn we had in Europe and what it actually means for the future.

It is also the title to a band I love (and the photographer as well), This Corrosion by British goth band the Sisters of Mercy.